It takes about two seconds to set up a feed for your Twitter mentions.

[tweetmeme]If you’re reading this, you probably use a client for Twitter like Seesmic or Tweetdeck on your desktop or some other client on your smartphone. In that case, you probably never overlook a mention on Twitter.

However, if you want to be absolutely sure not to miss a mention, why not create a RSS feed for it? 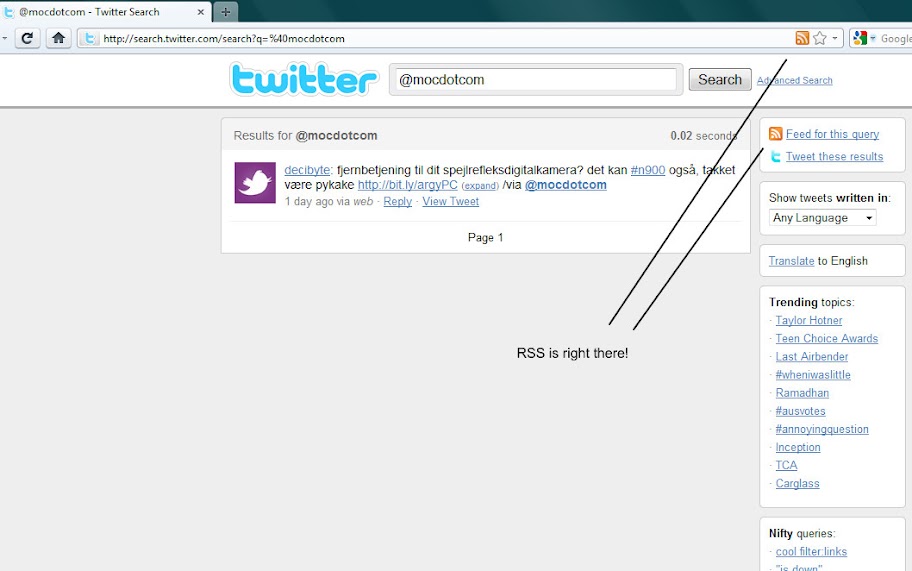 It might be useful to have them all in one place if you use a lot of different devices. It might also help you scan them all and mark those which need a reply and so forth.

If you’re familiar with RSS, this won’t take you a second. 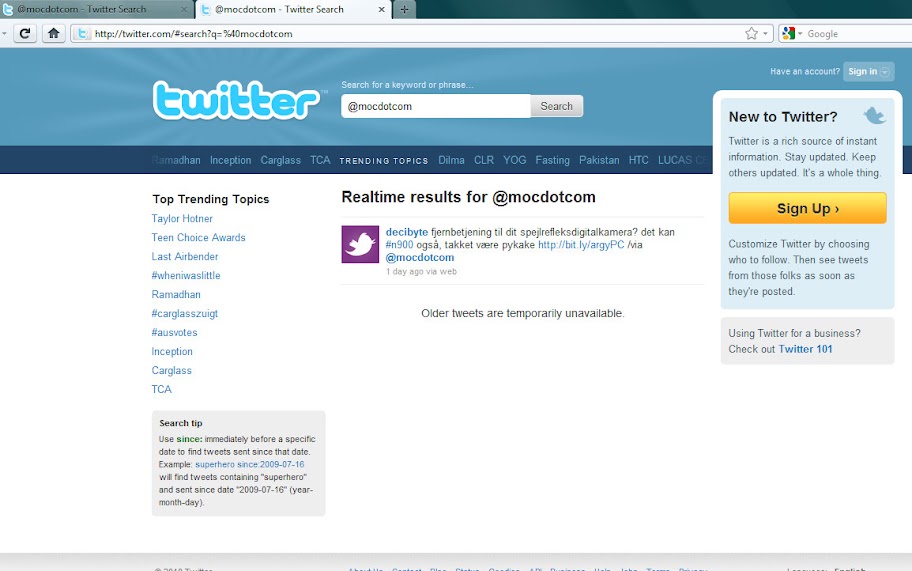 This is the new Twitter search which does not allow you to subscribe to a RSS feed. This can be found on the frontpage twitter.com. Click to enlarge.

Go to search.twitter.com -> type @username -> press “Feed for this query”

That’s it, you’ve got your feed. Now subscribe to it in your RSS reader of choice.

This is a sidenote really, but it surprised me.

Apparently the feed function is no longer part of the normal Twitter search. I just discovered this while doing this post.

Try it out by going to twitter.com and use the search function on the frontpage.

Why would they disable such a killer feature?

Warning: count(): Parameter must be an array or an object that implements Countable in /customers/7/f/f/martinove.dk/httpd.www/wp-includes/class-wp-comment-query.php on line 399